Races that are Family Traditions

I actually started running, not for fitness, but to spend time with family.  Of course I like the whole race atmosphere and actually running the courses, and who better to share that with than the ones you love.


Here are a few races that I've done with family that have become traditions over the years. 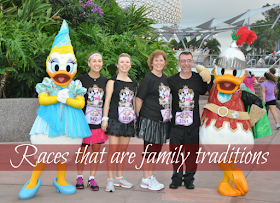 1.  Disney- Our love of races started with Disney races. In fact, this is probably the best race to do with family! This became a tradition for a few years, then we moved on to some other races. 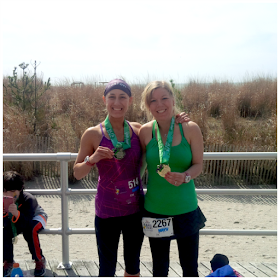 2. April Fools - I've been doing this race with either my mom, sister, or both for the past 5 years. I missed it last year due to the Hershey 10K. I look forward to running April Fools again this year. This race always makes for a great girls weekend at the beach! 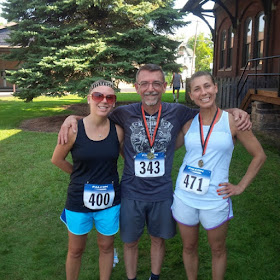 3. Harvest Festival - This race has definitely become a tradition. It's a local race that I run with my dad (and sometimes Sister). It's a favorite because the atmosphere is always festive and my pap comes to watch every year! Usually someone in my family will win an AG award.

The next two races are ones I've only run with my family one time, but now that we've run them we will probably make them traditions as well. 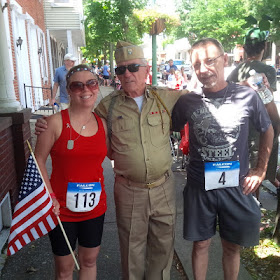 4. The Monumental Mile- This race is held in conjunction with our county's 4th of July veterans parade. I ran the inaugural race with my dad ( who won an AG award) last year before the parade started. This is another race that is so festive because people are there to watch the parade. Since it supports the veterans, I think this is a race we will continue to do each year. 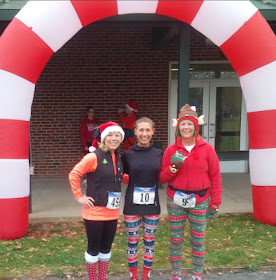 5. The Running of the Elves-  I've run this race twice so far but only last year did my family run it too.  My mom and sister both earned AG awards. This usually takes place the second week in December and is a great way to get in the holiday spirit. We'll probably run it again this year. It's another local race so why not?

What races do you run with your family? (or is there a race that your family accompanies you to each year?)  -M


An InLinkz Link-up
Fairytales and Fitness at 5:15 AM
Share